Moving abroad is one of those life changing experiences that you’re ambivalent about: you’re very excited about it, but you also know it will be a difficult thing to do. As time passes, you grow accustomed to the change and start enjoying it more and more, but at the same time you’re still attached to your old lifestyle, which gives a bittersweet taste to your expat life.

Today we’ll see the glass half full and concentrate on the positive things we get when starting a new life in a foreign country. Don’t forget to check in next time for the other side of the story: the worst things about moving abroad. Anyway, whether you’re a pessimist or an optimist and for better or worse, KeepCalling is always by your side, helping you call home at the lowest rates. Get in touch with your loved ones whenever you want to give them good news or tell them that you miss them!

For now, the best things about moving abroad are…

The things that most immigrants appreciate about moving abroad is meeting new people, having new experiences, visiting new places, and witnessing new cultures, which broadens their horizons. All these new elements also mean learning things you didn’t know and making friends. However, there is nothing newer than the life you’re starting, so some people are happy about the fact that they are given the chance of a new beginning.

You have more opportunities

Many people move to countries where they can find more opportunities and a better life than they have at home. One of those people is Myint Soe,  a production supervisor who moved from Myanmar to Seatle, USA, for the better job opportunities that America can offer. He is happy about the higher living standard he found in his adoptive country and also about the fact that he can now afford his own house and car. What expats also appreciate about living in a developed country is freedom and income security.

You can help others

Not everybody moves abroad to have a better life, there are also some people who do it to help others live better lives. There are many volunteers and missionaries in underprivileged countries who are doing their part in making the world a better place. One of the people we’re referring to is Lee Schultz. Lee is a retired IT professional who wanted to spend his retirement years helping emerging communities. He left the States for Panama and is now mentoring the locals in his new country.

… and you like it! Many people like the fact that they are foreigners because they’re unique in their environment. They get the chance to speak a new language and are happy that the locals love their accent. Expats also get to share their personal experience and culture with the others. Erika Oliver, a German nurse who moved to Florida, USA, says she appreciates her home country, traditions, and language much more since she left Germany.

You’re also an alien when you go back home and you also like that! Since your visits home are scarce and short, you feel like a precious object: everybody wants to see you. Your time is limited, but so fun. Miguel de Carvalho, our Portuguese in Canada, says his favorite part about being an expat is visiting his hometown, because he can party and travel with his friends, who are always happy to see him.

The country you choose to move to most probably represents you. You’ve done your research and you already know and like many things about it. There are lots of things our Expat Heroes like about their adoptive countries, starting from light subjects such as food, weather, or shopping and up to deeper ones, such as the progressive education or the community activism that are promoted.

Like we said, being an expat is not an easy job, so every once in a while you should look back on what you’ve accomplished and congratulate yourself. An important thing that immigrants like about their new life is precisely this: analyzing the steps they’ve taken and appreciating what they gained by moving abroad. Choosing such an important change is a challenge and if you can overcome it, you’re a true hero. You’re an Expat Hero! 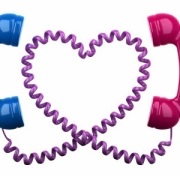 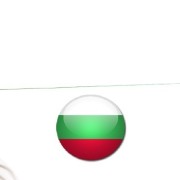 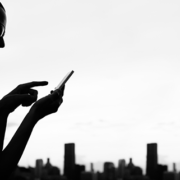 Calling abroad without an Internet connection 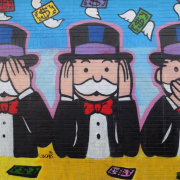